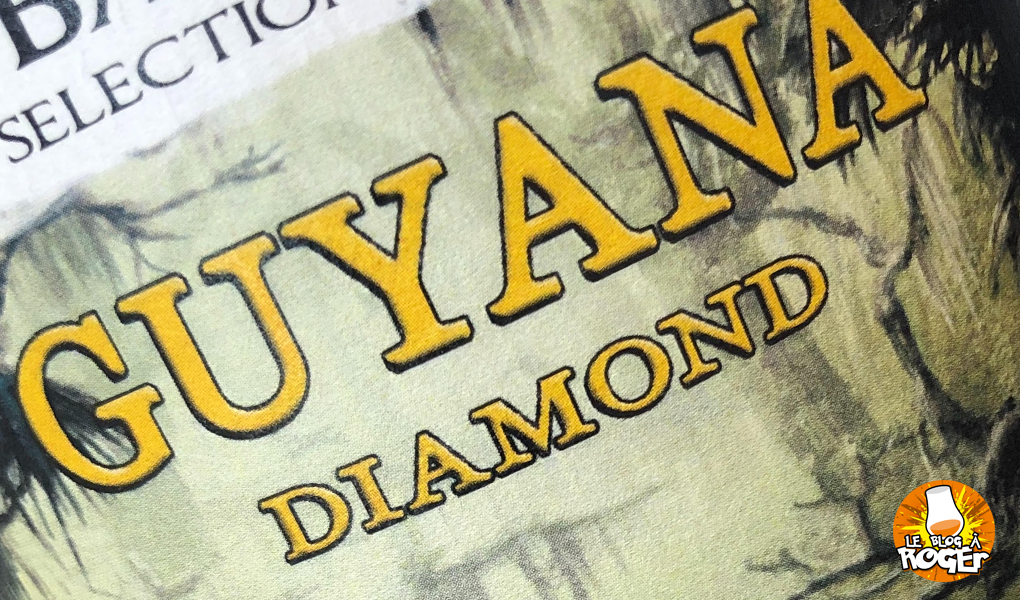 Return of the nice Breton bottler, Barikenn Rhum who had given us last year two nice « little » bottlings quite advised for a nice introduction to real English rums.

This time, they return with a new selection and a new destination. Indeed, after Barbados and Jamaica, direction to Guyana and the Diamond distillery from Demerara Distillers Limited. Rather logical choice in the end.

Except that here, no reduction, this rum is offered raw cask, 58.9% where the two previous bottlings pointed to 55% … The difference is not huge, it seems rather clever and targeted compared to to the previous owners of the other two bottlings.

Distilled therefore in 2012 at Diamond, this demerara displays the VSG mark which is none other than the signature of a distillation via the Versailles still. As a reminder, this still consists of a wooden part that looks like a vertical thunderbolt on which the copper heads and column to be rectified rest.

With Port Mourant, these are the last two specimens still in activity. This is something extremely rare and only found in Guyana and the aroma profiles of the rums coming out there are just as unique.

Distilled in 2012, this young rum will have aged 2 and a half years in Guyana before being sent to Scheer in Holland … There, it will stay 6 years before our friend Nicolas from barikenn selects it. Only 186 bottles will come out of this keg.

For the story, he had asked for samples from another Versailles and the only one left was a 30 year old barrel …. Slight difference in the selling price 🙂

Very fruity, on apple / pear orchard fruits as well as a hint of lemon. All accompanied by a fine woody note, nutmeg, cinnamon, a hint of caramel and vanilla on a buttery, brioche aspect.

Profile quite close to a continental Port Mourant, with less of the metallic side, but you actually feel that it is young … without this being embarrassing, just one observation.

More lively, on the same orchard fruits, vanilla, spices including nutmeg and a little pepper.

Vanilla is present as well as a hint of liquorice on a more metallic and slightly bitter finish. This profile is often the signature of these wooden stills in fact, here it is actually thinner.

Quite classic profile of a continental Versailles without additions or coloring. That’s good for such a young juice.

A nice introduction to Demerara.