Skip to Content
Home / Some kind of Foursquare (Part II) 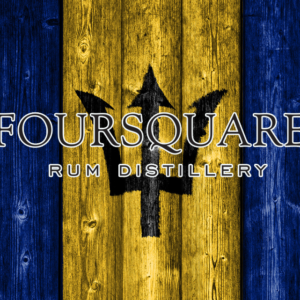 Return of the concept of « Some kind of … » with Part II and its 100% Foursquare linup … Other distilleries will soon be available of course. I like the exercise that is to dive into several references from the same house.

So we leave for a discovery of the novelties of our Barbadian distillery and its rums round, generous and … authentic! !

And this generosity, this roundness comes in part from the barrels used … As Richard Seale likes to remind, we don’t speak of finishing at Foursquare, but of maturation. The rums are aged in different types of barrels having generally contained another alcohol before.

From brandy to Madeira to bourbon, port, sauternes and sherry and even Hampden casks for the future.

So we will not really talk about « pure » rum but authentic, this practice is most widespread in the history of Barbados (and spirits in general) as explained Richard on this same blog.

These different ages each bringing an additional aromatic layer to the rum … but not only?

After a long discussion with Richard, about the residual sugars present in these ex wine barrels, it actually appears that it does not play especially much on the rum in the end.

Only casks of sweet wines such as Porto, Pedro Ximenez, Sauterne or Madeira are actually rather sweet, can actually bring a trace but in limited quantities.

Moreover, once reduced, this quantity is logically even less.

As in a whisky, a feeling of roundness can appear during a barrel of wine, but this is not especially due to residual sugars.

In addition, the casks arrive of course empty at Foursquare, it goes well but in some cases elsewhere, it is not always so obvious 🙂

For those interested, here is a link to a rather interesting article on this topic.

So, stop talking, place with rum … tonight, I propose to you 4 versions of these rums released this year.

This rum of 14 years is, as 99% of cases at Foursquare, a blend of rums from column and still.

Ex bourbon and ex Sherry, this version get 56 watts on the counter and will have aged 14 years in the cellars of the distillery, in the tropics.

It is presented in the traditional bottle of the series « Exceptionnal cask » where we could already find a maturation Porto, Zinfandel, and the famous 1998 vintage among others. Unicorn from Foursquare that Olivier Scars had the chance to taste here)

Fruity is the least we can say a lot of exotic fruits such as slightly peppery mango, roasted pineapple, banana and a hint of red fruits and sweet grapes.

The nose is very generous, no doubts, it’s a foursquare with a dark chocolate coated caramel, vanilla Bourbon.

The wood is there, but knows how to stay in its place, we have tobacco and nutmeg among others.

The Sherry is discreet, we have here a superb nose, while delicacy that will capsize the amateurs as well as the rum geeks.

Lively and warm, less fruity than the nose could predict.

There are more woody notes with tobacco, dark chocolate, some spices and vanilla.

Nevertheless the fruits are a little place in there with the grapes still.

The alcohol is really well integrated, just enough to avoid falling into something too disgusting.

A wooded much more marked in the mouth than the nose, sad, I would prefer to find the notes perceived in the nose but it remains a very nice bottling.

For the price, it really is something super clean, « easy » and … yes, authentic!

12 years of aging in the tropics, but only in bourbon casks.

Note the pretty collar that has been added this year … it adds a certain class to this botlling.

It does not help, of course, but I find it very important to fine tune a package.

As always, warm and generous…

Then come fruits with banana, grapes, red berries, a floral side comes fragrant all … All with a little caramel coulis for the best effect 😋

The 59% are very melted and bring some freshness.

Again, very controlled with the heat and the pep ..

The wood is still there but more discreet than the empery … Tobacco and spices are further back and give more place for dark chocolate.

Once again, the alcohol is really well integrated, it stays alive without being aggressive.

Pwaaaaaa it’s good, everything is ‘nice’ with this 2007 … Again, a rum of this quality at this price, it’s really a good deal.

Latest version proposed by Velier, the Patrimonio is the result of 14 years of double aging in bourbon and sherry casks and grading … 58%?

Well, it’s starting to decrease in voltage at Velier, no worse 🙂

This one has an ID card very close to the Empery, you just have to see the proportions of bourbon / sherry maturation are the same. If so, just 2 small degrees should slightly change the profile or not …

So, this tasting is really interesting, just to see if this bottling deserves its « little » ticket of 100 € more 🙂

Darker than the two above, we are more on the brown than the mahogany …

Not so close as that of the Empery, including less fruit, a more present alcohol and a more sweet side. The juice seems bolder and heavier.

With time the woods take more space with a more rustic side, austere than his ‘brother’.

Tobacco, spices and much more black pepper and nutmeg slightly hide the fruity flavors I expected.

Ouch, yes really, the more time passes and the more rum becomes woody, less sexy than what foursquare can be.

The alcohol is present, more sharp and not well balanced I think.

Well, it’s really exciting me not too much …

Alcohol is lively, disturbing with a fairly straightforward attack.

The wood comes directly with a slight astringency and some spices here and there including pepper and nutmeg as well as tobacco.

A smoked veil, burnt caramel comes then add an extra layer to this set for the least robust.

The wood is very much present in this version … It’s much more hardcore and it’s not too much that I expect a Foursquare actually.

It’s tense we say, incisive and not very sexy even if we still recognize the Foursquare affiliation. It’s more « rude » I would say … less presentable in family 🙂

Disappointment, clearly this rum is not very balanced. Personally I would have called it « Robustas«

Place to the bottler Velier and its « official » version of Foursquare .. indeed, according to Richard Seale, it is indeed official bottling for its Italian importer.

Here we’ve got a maturation in ex barrel of Madeira (12 years) and bourbon (2 years).

This gives us a 2003 vintage for 14 years of aging and would, according to what is said, exactly the same as the destino of the 70-year-old Velier.

At 61%, this version is hotter than the previous two (as is often the case with Velier)

Back to fruit and something much more sexy and Foursquare …

The nose is rather sweet compared to 61%, it’s really well balanced

The fruits are represented by a beautiful big cherry, red fruits, banana and a touch of vanilla.

The wood is there, giving strength to this rum without making it too hard. To me, mid way between fruits and wood, rather balanced.

Oily, rich and warm, the 61% are much more melted than the 58 of the previous one.

Fruits are always present, the cherry is more amarena, sweet … The banana is well cooked but these fruits quickly disappear in favor of more tertiary flavors.

The wood is well represented, especially on the finish with a nice touch of chocolate, tobacco, nutmeg, powerful without being invasive.

This version seems to me less sickening than the version « 70 years », I prefer it to this one.

A nice Foursquare that combines fruit and woody all at a relatively high but clearly balanced.

I like it but the sweet side may have a tendency to disgust me with time.