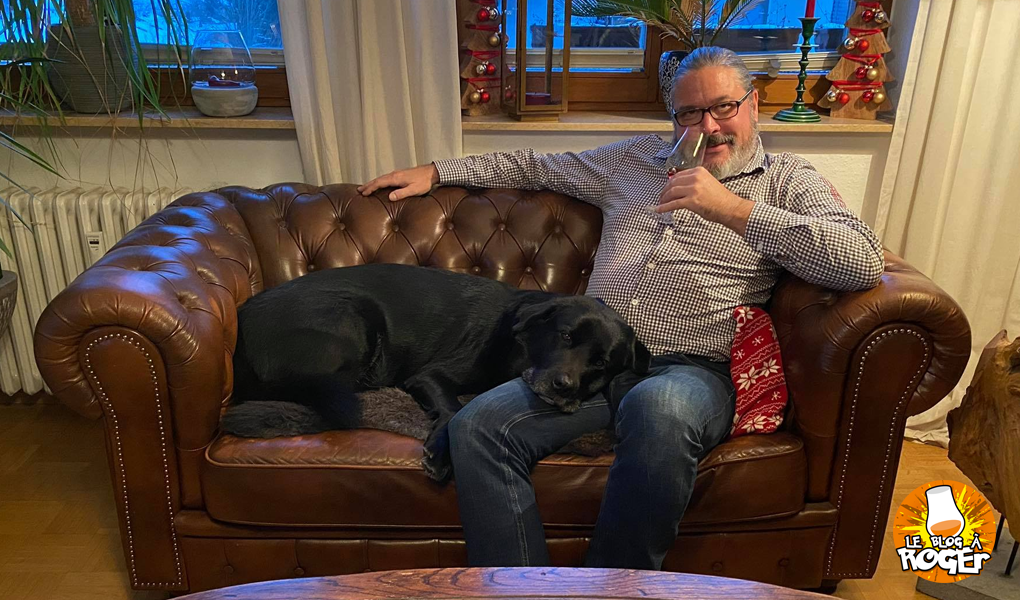 The world of rum is teeming with enthusiasts of all kinds, ranging from the « simple » amateur through the relentless social network, the collector, the Sunday speculator, the blogger or even a little of all of this at the same time 🙂 Some are so passionates by this adventure that their life takes a turn that they probably did not see it coming …

Today, I offer you the interview of one of these, Steffen Mayer and his overflowing passion for the closed distillery of the island of Trinidad: Caroni

Could you introduce you ?

My name is Steffen Mayer, some people know me by my synonym “Stefano Caroni” on Facebook. I live in a small village in the mountains; the region is called Allgäu in Germany. I used to do a lot of sport, was self-employed and worked a lot. My maxim in life was « always better, always faster, always more … ». As a result, the workload became too much, my company collapsed and a lot in my life changed.

After a temporarily difficult time, the most important change was ultimately the realization to change my point of view and to slow down my life. The priorities in my life have changed.

For example, in the last few years I’ve only researched about Caroni Rum. I do this with a lot of commitment and I want to publish the book to share this passion.

It seems you’ll publish a book concerning Caroni in a near future, seems to be a great news but before talking of that, could you told us how this passion for rum, Caroni came?

Once you have realized for yourself that having time is the best thing in life and you start enjoying life, you are probably trying to make life as comfortable as possible – what could make the end of the day more pleasant than a good glass of rum?

At the beginning, my first glass of rum in 2015 was the 20th anniversary of Plantation Barbados XO. The following year I drank the first Caroni rum. It was a Bristol Caroni 1996. I was very thrilled and wanted to find out more about this rum.

So the book, why and when did you decide to write something about this legendary closed distillery?

During my research about Caroni Rum, I discovered that there are many contradicting statements. In 2017 I bought a few bottles of Caroni from Jens Gehlert (Limited-Whisky.de) and picked them up personally. As a result, a conversation about these different statements developed on site.

I told him about the idea of writing a book about it. Jens used to be a publisher and encouraged me to write a book about Caroni Rum.

It seems to be a really great works, how will be « cut » this book? History, bottlings, personal thoughts, Velier, Bristol, Fans ? On wich angle did you see this book?

One day the reader will decide if it’s a great works – but I’ll do my best.

In the first chapter of my Caroni book you will find all the information about the history of Trinidad, the history of sugar cane, the industry behind it and its decline, the history of the Caroni distillery and what happened after it was closed.

The second chapter is also very extensive and explains how Caroni Rum was made and what makes it unique.

In the following chapters you will find everything about historical bottlings for the local market, lots of additional information about the Velier bottlings, photos of all bottles from the independent bottlers with their history and everything you need to know about the bottles. Plus much more…

Did you ever go to Trinidad? Did you interviewed some old employees or trinidian fans of this closed distillery?

Actually, I would have flown there in April 2020. Due to the global pandemic, the trip was canceled. That was a big shock to me. Nevertheless, I have been able to conduct many interviews with former employees in key positions at the Caroni distillery and with many other experts.

I was also very interested in old literature about rum. Most of the literature was in English. I translated entire passages before reading them again, because it is not my native language. I became aware of how important the language is for a correct understanding and I decided to make the Caroni book multilingual. For this reason, I will have my book translated from German into English, French and Italian.

Unfortunately it is currently not possible to travel to Trinidad and I have to wait until the borders open again. Without having been there I cannot complete this project.

What do you think about the huge hype surrounding this rum?

I think that I am writing a book about Caroni Rum is statement enough!

Is there some big news or will you undo some legendary truths? Did you get some great unknowns informations about the distillery, the closing, the auction for the old stock etc?

As far as we know today, there is little information about Caroni. This is because the Caroni distillery was insignificant in the rum world before being rediscovered by Luca Gargano after the closure.

Caroni mainly produced for the local market. Most of the stories circulating on the internet today are wild speculations based on half-truths.

My book is based on fact, and when I will speculate, that’s then I’ll point it out.

The reader gets more information than they hoped for. Everything about fermentation, up to what yeast was used in Caroni. Which influences has the rum experienced and with which distillation methods was it made? Which rum marks were produced besides LTR and HTR and how were they made? Are there bottles with wrong marks or other wrong informations? What happened to the over 18,000 casks…

In terms of Caroni, what are your favourite ones?

In general, I would like to emphasize that today I only drink types of rums that are free from additives. I wouldn’t want to drink a solera either. I prefer to drink tropical Caroni rum.

For me, these are the most honest rums as the barrels didn’t go through multiple hands. You can be sure of where the rum is coming from and what you have in your glass. Nevertheless, I am also open to other Caroni rums.

What about the angostura stock? We’ve seen a TDL 2001 from Rum Artesanal wich look like a Caroni… seems only look like but the story could be great.
Have you some info about Caroni casks from 2001-2002 era?

This is a very exciting question.

The first thing I want to explain is the difference between Angostura and TDL (Trinidad Distillers Limited), as this one doesn’t seem to be clear to many. Angostura is a rum producing company in Trinidad and TDL one of the largest international rum brokers that belongs to the Angostura group. This also explains why most of the rums sold by TDL come from Angostura. But that doesn’t mean that TDL doesn’t sell rum from other distilleries. It is therefore incomprehensible to me that TDL is labeled as a rum brand on a bottle.

You don’t write rum from E&A Scheer, Holland or rum from The Main Rum Company, United Kingdom on the bottle label. TDL is a broker and this is the reason why TDL has bought « some » barrels from RDTT (Rum Distillers of Trinidad & Tabago) with Caroni Rum.

On the bottle of Rum Artesanal you mentioned, T.D.L is listed as a brand and it is a legitimate question, I think, to question what is actually in the bottle. The rum definitely does not correspond to the taste profile of an Angostura rum, which I know to this day.

The laboratory analysis that Luca did for me and about which we have sufficiently discussed, however, also shows that the rum has a different profile than the Caroni vintages known to us from 1974-2000. For me, this rum has more parallels with a Caroni than with an Angostura rum.

At the end of 2020, the first Caroni Rum from the distillation year 2002 by Bar Milestone from Japan appeared. I’ve sent you a sample of it and I’m curious to see what parallels you will draw.

Luca Gargano is, with some others, the one that put Caroni so high on the rum world. What does he think about this coming book? Does he help you with some documents etc? John Barrett too?

I conducted a long video conference interview with Luca during the first lockdown in spring 2020 and visited him in Genoa in September 2020. What I was able to experience there was incredible for a Caroni enthusiast like me. Luca give me 4 days of his time, he kept a lot of people waiting to him, to philosophize with me on the subject of Caroni. In places I was embarrassed when I realized that a business meeting had been waiting for him for an hour and Luca insisted on our conversation to end.

I will never forget the first day when he handed me a blue folder and said: “Here is all the correspondence with Rudy Moore, you can take pictures of it. But first of all, I’ll give you all the bills for the Caroni barrels I bought.” I was stunned, because otherwise transparency is not exactly the strength of this industry. Luca told me stories and I asked 3 times: “Can I really write about it?” And he just said: “Sure, that’s the truth and you can always write about it.” I can only bow to Lucas’s openness . Luca is always available for me and supports me a lot in my research.

I reached out to John Barrett at a very early stage in 2018 because I received his email address. At that time I didn’t have nearly as much expertise and detailed knowledge about Caroni as I do today. In any case, he refused the interview because of an argument I couldn’t understand. I tried to get information from him through various people in his environment, sometimes even without him knowing that the question came from me – mostly there was no answer or he dismissed it as a question from fanatics.

Overall, I contend that John Barrett is a very introverted person who doesn’t like answering questions about his bottlings. Still, I am confident that I will visit him this year.

Is there any interest of rebuilding something at Caroni? A new distillery with same practice than before?

I haven’t heard of this and for various reasons I think it’s unlikely.

The most obvious is that there is no longer any sugar cane industry in Trinidad and that the molasses would have to be imported and therefore no longer match the original. In addition, the rums we drink today are all around 20 years old and older.

As an investor, you need a lot of staying power to bring such a product back onto the market. There are a few more reasons that speak against it, which I will reveal in my book.