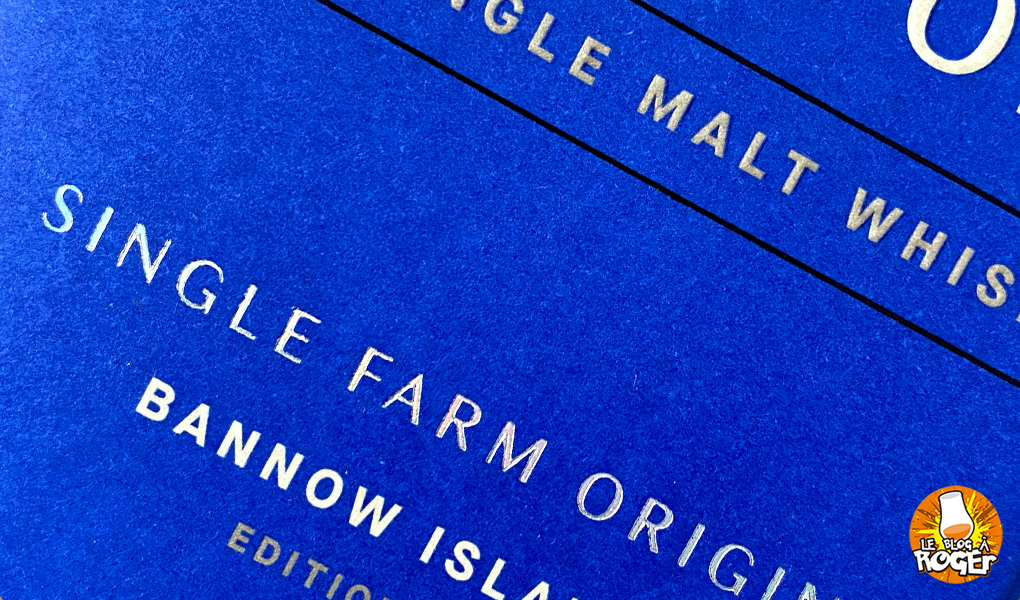 Back to more malty things, but not in Scotland this time, today I’m taking you to the green Irish lands where the beginnings of the Waterford distillery take place with among others this Single Farm Origin Bannow 1.1

So Waterford is one of the last distilleries created in Ireland by a certain Mark Reynier, more than known in the malt world for having been among other things the founder of the bottler Murray McDavid and at the origin of the resurrection of Bruichladdich. .

His project: a distillery playing the card of transparency and terroir. For his whisky, he works with 72 farms in order to supply himself with cereals and above all, he distils each terroir separately in order to keep the different qualities!

So, the traceability is enormous, each batch being closely followed during the various processes, malting, brewing, distillation, aging and bottling …

Thus, we have for this Barrow 1.1 a multitude of informations, from the farmer, a certain Ed Harpur to the types of barrels used, including the dates of arrival at the distillery and the dates of assembly of the barrels.

Rather greedy and cereal, the first thing that comes to my mind would be a kind of peanut butter and corn flakes.

It’s sweet and a hint of caramel, toffee and vanilla add a nice gourmet layer to the whole very focused on the cereal.

A fruity aspect can also be noted with bitter orange, candied lemon all covered with some spices such as pepper and nutmeg.

I also find some traces of leathers and dried fruits, making me think of a passage in sherry (in fact, 2 barrels of 500 liters ex olorosso are part of the blend)

The 50% are present but not disturbing.

Oily and bold, the toffee comes back again to give us a profile as greedy as on the nose.

The salted butter caramel, bitter orange, dried fruits, leather and some spices are more prominent here than the cereals detected on the nose.

The finish is medium, with more peppery and malty notes.

Nice, really it can be enjoyed with pleasure and for such a young spirit, I find that the complexity is already well established.

It remains « easy » and rather generous, and as a beginner in the world of whisky, it suits me very well.

After that, does such a young whisky deserve to be sold so expensive? Personally I have a big doubt, but that doesn’t detract from the qualities of the thing.