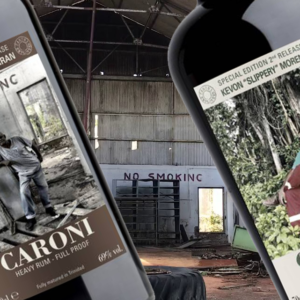 Rather than assemble the barrels to find the best combinations, we have « just » selected the 13 best remaining casks … which is already a lot of work in the end, because for that, we must taste them all !

The finish is really long, rather marked by the woody. The fruits are more indented on this version than on the 1996. But in general, these vintages are much more typical « Dirty Caroni« .

The fan of 100% hardcore caroni should find more happiness than in the 1996 vintage. It is very good but can be too « dirty » for me, it’s clearly a style.