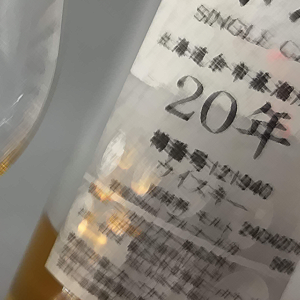 My exploration into the world of Whisky continues with this pretty little bottle offered by a generous guy. By receiving it, except the « thank you » of use, my first question was « Er, what is it? »

Because except « Single Cask » and a big « 20« , the rest seems rather difficult to decipher at first viewing.