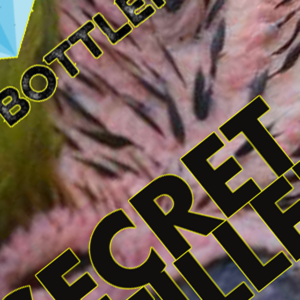 As for lingerie with Victoria’s secret, the world of spirits also has these little secrets of Punchinelle … Its lot of things not to say but that everyone knows, subtle mixture of transparency and « disloyalty« .

Tonight, I speak about one of the largest distilleries in the world, I named the well known « Secret Distillery« .

So seen like that, actually I can understand that Worthy Park, for example, doesn’t want to be associated with a bottling of a rum finished in a cask « Bolognese sauce » for exemple … Something that would never happen in these warehouses and which I strongly doubts the interest.

But it is clear that for the moment, we have more and more bottling from « Secret Distillery », and that, really it becomes bad!

« A marriage of South American and Caribbean rum. This is one of the most experimental editions with only one drum! The blend received a Moscatel finish (sweet white wine sweetened from Portugal) making a very interesting result.«

So ok, in this case we suspect that it is Long Pond and Hampden. But well, it could be 2 long pond or 2 hampden … again, it would be so simple to mention the names of the distilleries. (ok, there is « H » and « LP » on the back label, so ridiculous to have to do that)

Titling 51.9%, this rum was the starlet of last « German Rum Festival » and was elected best rum of the festival ..