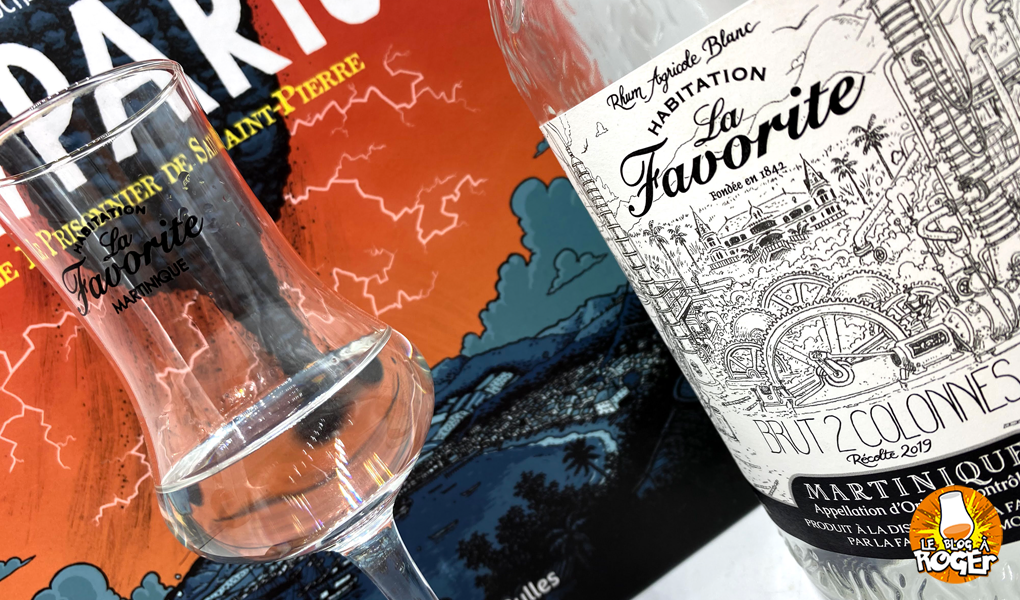 The column stenght fashion, initiated by Neisson and his superb “l’esprit”, has been emulated in the world of rum for a few years with among other things Longueteau and his “genesis”, A1710 and “la perle brutel” , Dillon, Bielle, Bologna and Montebello … I probably forget some, especially among independent bottlers.

And when the imminent release is announced, two big surprises! The first comes from the label, superbly produced by Lucas Vallerie who is the author of a magnificent book “Cyparis, the prisoner of Saint Pierre“. Second news, it will be a blend of juice from the two Creole columns in place at the distillery … We will therefore be entitled to a Brut 2 Colonnes!