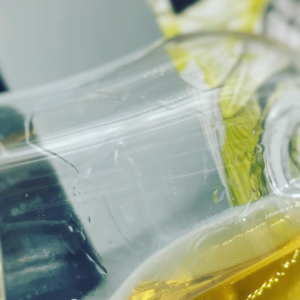 Focus on one bottling that didn’t received only positive feedbacks, I want to talk about the Uitvlugt 1997 bottled by The Wild Parrot on 2018.

But what happened to this demerara for having such a bad buzz on the small world of rum geek ? I think there is several causes, the first one is probably the price that was asked to get this bottle, particularly in France and UK.

Indeed, 300€ were necessary to grab this one into your collection… argh, yes it’s expensive. But in Italy, the price was near 210/230€ wich is more acceptable.

The second cause is the fact that a lot of people got in mind the Uitvlugt 97 from Velier when tasting this one…. don’t think it’s a really good idea !

Indeed, to release a demerara 1997 in a black bottle brought back the beautiful memory that had left us the Uitvlugt ULR of Velier.

Yet, finding the markers of this tropical version is quite unlikely for a variety of reasons, the main one is that we are not talking about the same thing.

The Velier version was aged 17 years in the tropics, the WP’s one waited 20 years in the continetal climat of Scotland.

Only this point and the two rums have a completely different profile !

Moreover, as already stated several times, the marks at Demerara are capital importance to know the profile of tasting.

The Velier is ULR and we do not have the information for the Wild Parrot.

So, this Uitvlugt could be a Port Mourant !

Compare these two rums has as much sense as to compare it with a Neisson 1997 in fact … well, I exaggerate but in the idea, we are not far.

Second point, the price. But keep in mind that during the 3-4 years between these two bottlings, the evolution of the world of rum was really impressive and so, prices too 🙁

Here we are in the presence of a rum distilled at Uitvlugt in 1997 and bottled by the Wild Parrot in 2018. This one has 48.9% alcohol and the label is still made by Giulia Ronchetti and represents this time pretty turtles …

Nose: fruity with apple, pear and a hint of quetsches , white grapes, pineapple.

To note a rather noticeable woody nose … yes, 21 years old in barrel it leaves traces.

The nose is fresh, full of Peps, it’s very nice. The 48.9% bring this vivacity while keeping this side a little pastry and fruity.

So we are a long way from the ULR, closer to either Duncan Taylor’s 97 or Rasta Morris’s 91 (which, would both be Port Mourant in fact)

Palate: sweet, the fruits are there but the wood is much more forward.

Vanilla, pepper, smoked, oliva this uitvlugt is a typical rum aging continental, rather elegant and complex with a marked wood and a beautiful fruity after aeration.

Herbal and sugar touches complete this tasting where the contrast between the nose and the mouth is rather marked.

The licorice arrives on the length which is of very good behavior and the empty glass leaves us a citrus/herbal scent.

Conclusion: Very nice continental Port Mourant which seems more marked by the wooded than some others.

The white chaff fruits typical of these distillates are present as well as this characteristic peppery / olive touch.

So personally, I like this version and I don’t understand how some might call it a failure … except maybe the fact of not being able to sell it directly double of the initial price price.