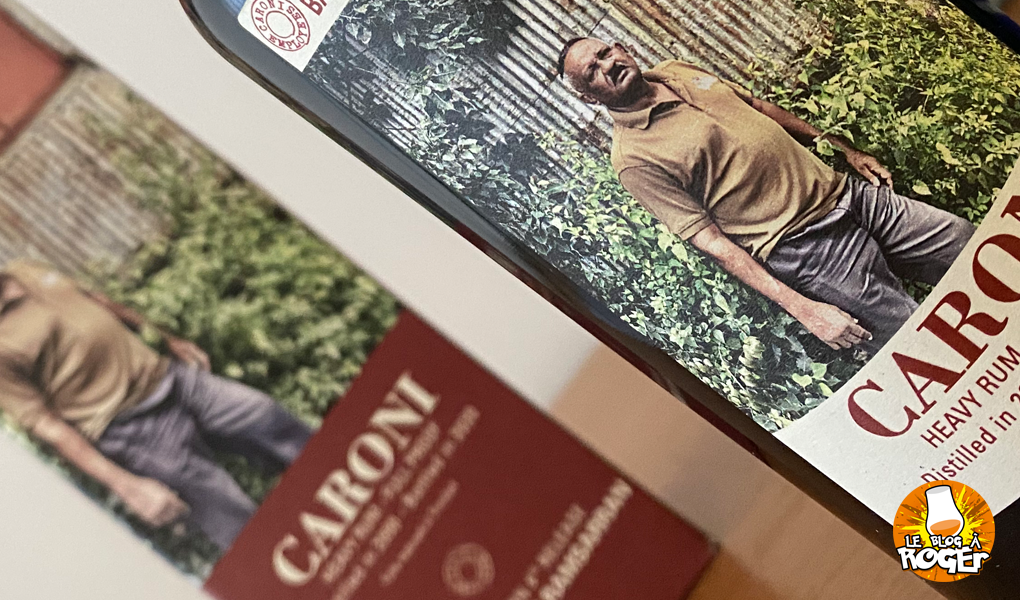 The Caroni Employees series is already well advanced, we are in the 4th series since the superb Caroni 1996 John D Eversley of 2018. At the time it was series of 2 bottles, where we are at 3 for the moment … it’s clearly accelerating, just two series for this single year 2020!

And as for the previous editions since the second release, it is stipulated on the back label that the « caroni lovers » made this blend during the caroni ceremony, I repeat it but it’s not quite that 🙂 We « only » selected the best casks from the entire stock in order to prepare future single casks.

Today, following an article by my friend Olivier on who rum the world, I decided to focus on a sample that has been hanging around for some time at home. This sample is none other than the 2000 version of the employees’ series 4 … One of the vintages that interests me the most in these last moments Caroni.

Why ? Because it is neither more nor less than the last known vintage of Caroni … even if a 2001 will have been an illusion for a few days 🙂 Moreover, this vintage has been following me since the beginning of my passion for this distillery.

My first contact with this 2000 was the 12 year old Caroni, first contact which would have been quite brutal because I really struggled with this version. My bottle is still not empty, the oxidation having made it wonderful, I keep these last precious centilitres!

Then, I came face to face with the Caroni 2000 selected for Belgium by The Nectar … almost by chance. And this single cask, which many people think is one of the most beautiful, is just amazing.

After the 17-year-old Caroni 2000 (EU / US), come the replica, a series of single casks including one for Whisky Antique and the last two from employees including the one we are dealing with this evening. And I can already tell you that there will still be 2000 single casks 🙂

Last interesting thing, there will never be a Caroni 2000 older than 19 years in cask. Indeed, all the remaining barrels were assembled in stainless steel vats or isolated alone in smaller vats, in order to stop their aging since all the stock had definitely left Trinidad and Guyana.

This version is the result of the assembly of 6 barrels for a total of 1251 bottles of 70 cl and 300 bottles of 20 cl it seems to me. The blend is a strong 64.3% and is 19 years old and not 20. The employee in the spotlight is a certain Basdeo « Dicky » Ramsarran, who was employed for 20 years at the distillery. Finally, 79% of the contents of the barrels will have flown with the angels.

This one seems very concentrated with typical aromas from Caroni. It smells of burnt caramel, rubber, garage oil, tofee, mocha, menthol. A woody frame necessarily also but this one remains quite « acceptable ».

The alcohol stings a bit, we will give it time … It is often the best friend of the Caroni raw.

After a few long minutes, cocoa makes its appearance, coffee, some rather discreet fruity notes (blackcurrant, blackberry, berries) and a more floral fragrance. Some vintages give off scents that I liken to rose, but here it is something else.

A very caroni 2000 nose, less dirty than some 98, but very hydrocarbon type. The 12-year-old caroni is not far away, but much more delicious.

We still find this cocoa there, with a caramelized touch, citrus fruits including blood orange, banana, mango but well covered by a very delicious woodiness.

Tobacco, brown sugar, licorice, toasted wood, typical hydrocarbons and a little camphor finish off this palate which, as you might expect, is very long.

Not the most elegant caroni around, but it does the job pretty well, although the finish is probably a little too bitter I think.

As often, this should improve over time and as the level of the bottle goes down. Nice discovery.