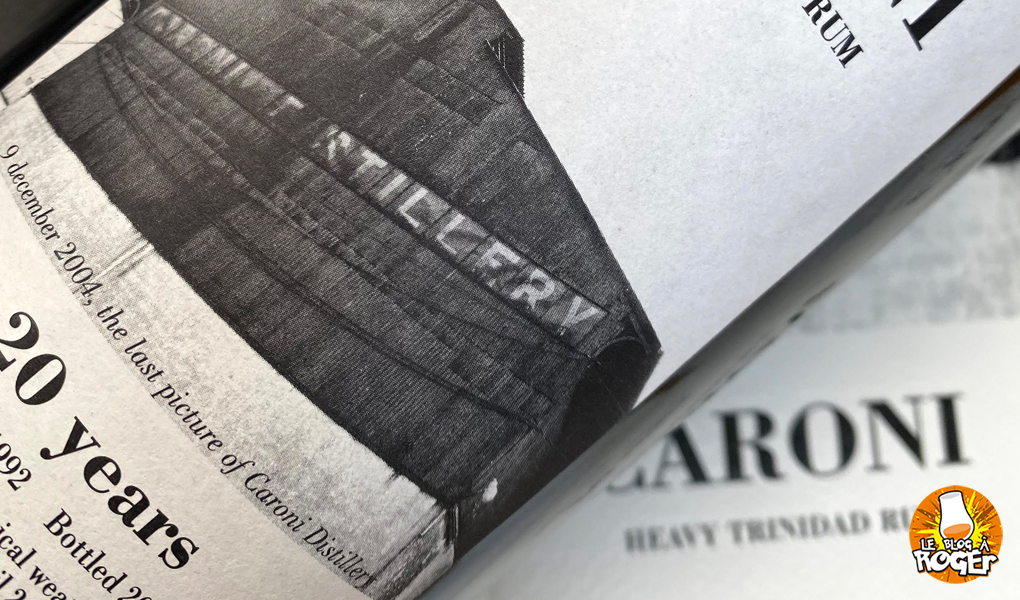 This Caroni is part of the « Hangar » series with a reduced and full 1994/2012 and its brother 1992 full . This name comes from the photo which would be the last picture taken at the distillery on December 9, 2004 by the late Fredi Marcarini.

Very nice bottle even if I can’t find the stratospheric side of the Caroni full proof « cow ».