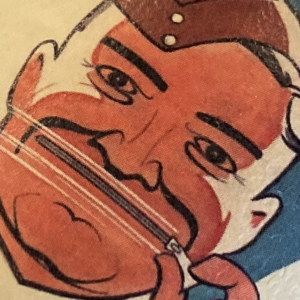 After a Hampden, a Panama and a Diamond very good bills, here is another great moment of collaboration with Bristol and Corman Collins / The Auld Alliance, having his own Caroni … and, it’s a vintage that we see less often, a 1999.

Having stayed on the island of Trinidad from 1999 to 2009, this rum was then repatriated to England with its many friends bought by Bristol during the sale of the stock.

In 2019, when the sample arrived in Battice for the selection, this caroni scored a whopping 69% and made a strong impression on Hubert.

But there was something disturbing, the wood was still a little too present and the alcohol level a little too much ahead, making this Caroni a good rum but not a big rum …

After discussion with John Barrett, who was of the same opinion, the decision was made to reduce slightly this juice … Hubert really want to keep the strong character of this barrel, John proposed a reduction to around 60%.

In the end, this Caroni title then 61% after being reworked by John Barrett himself. One of the undisputed masters of spirits reduction … !

This rum, unlike the superb 1999 ‘official’ bristol, is a real heavy rum as mark HTR on the barrel can attest … 20 years old so!

It’s pretty sweet, the 61% are very well integrated … Over time, it is moving towards a dirty profile but without exceeding the limit. The HTR side can be, in any case it’s robust 🙂

The profile is pastry, gourmet, buttered, smoky, fruity, fresh associated with the characteristics of the big caroni … a nice mix!

The dried fruits with hazelnut, walnut and a side under the wood gives it an aspect autumnal … I do not know if it means something, but too bad, I say it anyway 😅

Dark chocolate, pepper and a hint of cherry come to complete this beautiful nose …

A nice big nose of Caroni, without too much wood and with a lot of characteristics of the deceased distillery without them taking up too much space … A very balanced and generous nose.

The entry into the mouth is powerful without being unpleasant, we have here a beautiful Caroni full of warmth and aromas.

The fruity, honey, caramel bring a lot of greed to this very caroni profile. Buttered, vanilla is pastry aspect. The more « austere » keys like the old garage, the leather and the oil come to remind us where we are ….

The final is of course endless on the cola among other things.

As always with John and Hubert, the word balance is needed … this Caroni is very well balanced, on more greedy notes, pastry and that while keeping the robust character of heavy rum Caroni …

A very nice success … really, this caroni is like a good friend. A big manly slap on the shoulder followed by a warm company!