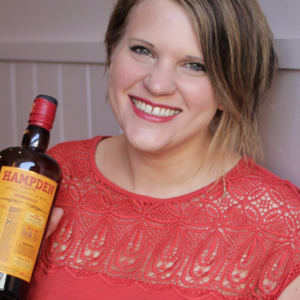 Little escape out from Europe with the interview of Kate Perry, US market Manager from LM&V (La Maison & Velier, joint venture between La maison du whisky and Velier).

Here is a american view of rum, always interresting for an european blogger to read that, thanks Kate !

Hello Kate, could you speak about you ? Who are you, how did you landed at « la maison & Velier » and what’s your job for them ?

I am Kate Perry, I manage the US for LM&V– the joint venture between La Maison du Whisky and Velier.

I got started in the rum world when I was bartending and managing restaurants– my previous boss asked me to open and manage a rum bar in Seattle that opened in 2012.

Like many people I know, I didn’t know a lot about rum because frankly, there wasn’t much information around. I booked a trip to the Caribbean and spent 3 weeks touring islands and seeing the culture of rum from the perspective of where it comes from. I got hooked and never looked back.

The more I learned about rum, the more I kept coming across this word « Velier« . The bottles that were most exciting to me had this strange word printed in tiny letters on the back labels.

Soon I was cramming as many Velier bottles into my suitcase as possible– they were unique and delicious with a fresh perspective.

In 2016 I got a call from Daniele Biondi (now LM&V’s International Market Developer) inviting me to travel with Velier to Haiti.

I thought that by this point I knew a few things about rum, but spending a week in Haiti with Luca Gargano (Velier’s CEO) turned my world upside down.

I realized that I know nothing, because this is the real world of rum. It’s communal, shared, and integrated into every part of life. It’s not a conscious choice, but a culmination of history and experience.

It’s a source of joy and pain– it is humanity, distilled.

What’s your favourite rum for the moment ?

I enjoy pure rums (no additives) with high flavor.

I love Jamaica. Worthy Park is great. The new official Hampden Estate releases (46% + 60%) have me pretty excited and I feel super honored to represent them in our portfolio.

In Miami last week I tasted Foursquare’s new release, Empery. That is some decadently good rum!

There’s some cool stuff happening in the US rum scene right now– Privateer’s Cognac Cask is really delicious with a unique perspective in what is « American Rum. »

Aside these new releases, I usually prefer unaged fresh cane rums– Clairin and Neisson are my go-to.

Could you explain us how rum is viewed in the USA ? Is it only an ingredient of cocktail or more and more for pure tasting ? Is the rum community growing quickly in usa ?

But it feels like there is a groundswell of support and interest like never before. Even five years ago if you walked into any liquor store (and still many today), you’d see a « rum » selection of cheap neutral spirit, often « spiced, » and often adorned with pirates and sea monsters on the label.

Even know if you ask a person on the street « What is Rum? » most likely they will say « Bacardi, Captain Morgan, Malibu. »

This is like asking « what is Whiskey? » and the response is « Fireball. » It just doesn’t correlate.

This is changing. We are starting to see a shift on retail shelves and back bars with a wider diversity of rums and options. Many of my whisk(e)y collector friends are starting to pick up rum bottles.

I’m seeing thoughtful rum drinks on cocktail menus in all types of bars. We still have a long way to go, but it feels like things are shifting.

Last year, LM&V launched officialy Caroni and some Habitation Velier in USA, since this time how are the sales of these products ?

Yes! We launched Caroni in January 2018 and Habitation Velier in October.

I think these products are a bit of a revelation for the US market– as I believe they were in Europe when they were released as well.

Caroni has had a major influence on the collectors market in Europe– I think it will be the same here but not for a few years.

Europe is a very mature rum market compared to the US, so I think it will take a little time here before people realize what Caroni is.

Habitation Velier is a new language of rum for the US market.

We are used to seeing brands where you can’t figure out who the producer is. Habitation Velier labels have more information than you ever thought to ask for! They are pretty technical and didactic– something that hasn’t existed here before, so they stand out.

They open all of the major arguments– still type, congeners, tropical aging, marques. It’s a bit more geeky, but people are excited.

How do you see the future of rum in USA ?

I think that with the influx of bottles and information, rum will become a respected category for spirit lovers.

We still have a long way to go before that reaches the consumer market– many years of neutral and flavored spirits has been ingrained into consumer consciousness.

I think the real breakthrough in the market will be Jamaican rum. It is complex, dynamic and there’s a lot of diversity between distilleries.

It feels like as our world gets more and more plasticized and commodified, there is a desire and a demand for « real » things– this is reflected in rum as well.

People are waking up to the notion of rum with no sugar added, no flavorings, no additives.

People want to know what they are drinking and are searching for products that have a sense of coming from real places and real people. This gives me hope for humanity.

What are the next releases for usa? Will be there some new exclusive bottlings ?

Clairin Le Rocher should be arriving to the US shores soon, as well as the next ranges of Habitation Velier– the beautiful unaged releases.

What do you think of the caroni mania in Europe ? Each new releases are sold out in some days maximum, do you think it could be the same for usa one day?

I love that the rum market in Europe has this intense dedication– I would love to see this happen in the US, but I think it would take a long time to build.

Maybe longer than there are Caroni stocks left! I do hope someday to see people in the US as passionate about rum as you are in Europe.