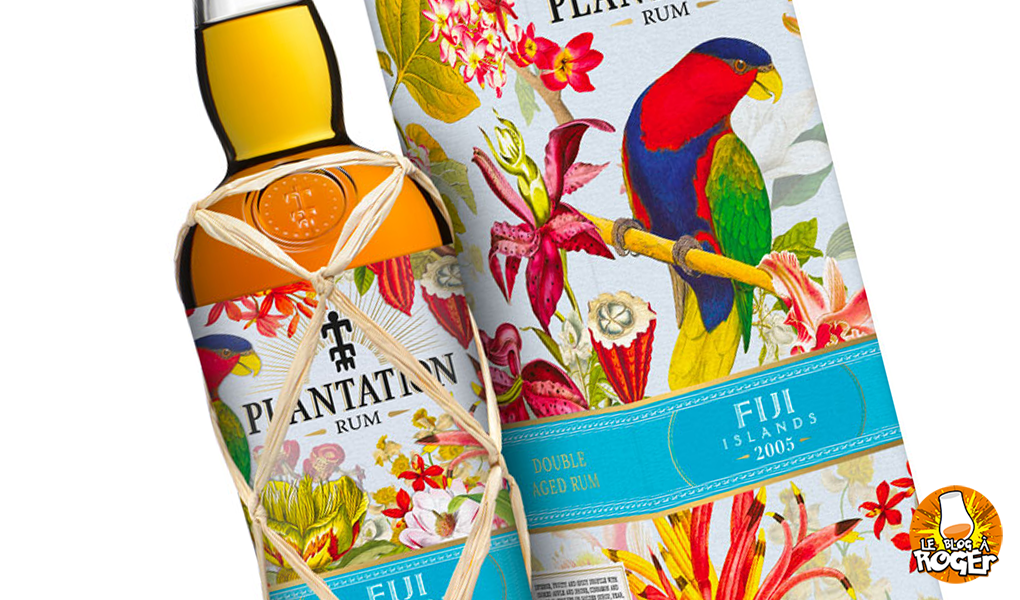 at the same time as a 2003 Clarendon of very good quality, Plantation offers us an equally successful label bottling from the Fiji Islands in the Pacific Ocean. And this destination doesn’t seem illogical to me, as the rums of this island have been on the rise for the moment… something that I still don’t explain, like Travelers in Belize in fact, but that is another story it.

Distilled in 2005 from a column, this rum will have aged 14 years on site and one last year at Ferrand as usual. Assembled from 28 barrels, this bottling measures 50.2% and contains an addition of sugar of the order of 4gr per liter of memory.

Produced by the only distillery on the island, South Pacific Distillery, I admit that I’m not a big fan of these profiles, which I find either too Jamaican or too light … I have never been pleasantly surprised by one of their rums actually. Far from being bad of course, just that it does not make me vibrate too much.

As often with the rums that come from South Pacific Distillery, I find the nose very “airy” … understand, there is matter but it is quite volatile.

First of all, it really smells like vanilla, the crème brûlée in fact. It’s very pastry, with a hint of coconut and quite good citrus including orange and lemon. You could say it smells like lemon pie 🍋

The alcohol is quite well integrated and despite the dosage, we still feel that there is pep in this juice, it is not to displease.

For the rest ? Well it’s nice … nothing waw but it’s fun we say.

In fact, it’s a rather wise profile and the complexity is not extraordinary. The finish is more marked by wood and rubber, but falls quickly enough to say it all.

Far from being unpleasant, I would say that like all Fiji, it is not the sexiest rum of the year but it does the job properly .. a little too much actually.

Nice … but it is not with this one that I will fall in love with Fiji, but it goes well.

So basically, it’s good but a bit boring in fact. No wrong note, Plantation is going to sell whole pallets for sure, but it doesn’t make me vibrate.

After, it is much better to put € 80 in there than in a millonario XO for example, we agree … But hey, I would put them more in the Clarendon in fact 🙂