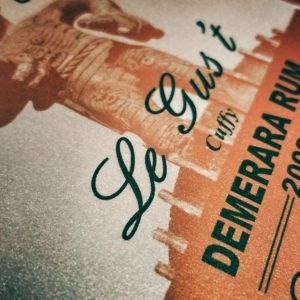 So here we are with the 2 new bottlinsg from “le Gus’t” in France… France ? yes, the land just below Belgium 🙂